Blues and Roots Radio, a large international broadcasting network, has ranked The Bell Witch – Let the Game Begin in their global Top Ten, debuting at #7.

Kudos to my partners in crime–Snapper Long, Jimmy Williams, and Lydia Bain–for their hard work and musicianship, and to the others for their behind-the-scenes dedication to the project.

And, special kudos to the Bell Witch for leaving us alone while we worked, at least up to the point when we shot the promo trailer video (which is another story).

Haven’t heard it yet? Give it a listen at YouTube.

Want to know more? Check out the promo trailer with behind-the-scenes footage and performer interviews, here.

For the last 25 years, the public-facing hub of my research and other Bell Witch-related activities has been the Bell Witch Web Site (www.bellwitch.org). In fact, most Bell Witch-related online resources I have created are offspring, or “extensions,” of that site.

What began as a single-page information repository on my personal “Our World” web space at CompuServe in February of 1995, morphed into a small collection of such pages on my later Geocities web space, and in four short years became a large, full-service web site with its own domain.

Since then, the site has received millions of visits and has undergone periodic updates as new information surfaced. Now it is time for the NEXT chapter.

From late 2020 until the spring of 2021, the site will undergo a full renovation. This will include a complete site rebuild and redesign on a new hosting service, optimization for mobile and tablet users as well as desktop users, the addition of updated and new Bell Witch information, tighter integration with social media platforms, and a set of new tools to make it easier for people to interact with the site.

As for the site’s name, it has called “The Bell Witch Web Site” for the last 20+ years, which is very direct and to-the-point–a good thing. But it’s also redundant. Within the context of the internet, the term “site” implies WEB site. So, the new site’s name will be simply, “The Bell Witch Site.”

All of this will occur on a new, separate site that will remain offline until all work and testing has been completed. After that, the bellwitch.org domain will be pointed to the new site. No changes will be required from your end, as the site’s URL will remain the same.

Along with the new site will come two new social media accounts (you can follow now, if you like):

This is a very exciting time for bellwitch.org and its users. Stay tuned for a better, more modernized, and more engaging Bell Witch site!

2020, despite its many hardships and other problems, has turned out to be a big year for the Bell Witch legend.

The movie, which I am in, is scheduled for winter release. Check out the trailer, below!

The legend of the “Bell Witch,” America’s most documented haunting, has woven a web of fear and intrigue around the world for over 200 years. The epic tale of terror on Tennessee frontier has been the subject of books, movies, and documentaries the world over.

Nashville guitarist Pat Fitzhugh, who has researched the infamous legend for over 40 years and written books about it, has teamed up with award-winning songwriter and folklore enthusiast Mike Richards to put the legend into song.

Don’t be left out–get the song at:

and other major retailers.

My new song, “The Bell Witch (Let the Game Begin),” is now on the Featured Artists list at Blues and Roots Radio. They have 3 main stations (Canada, US, Australia), and have affiliate stations around the world.

The song will be rotated on their “Featured Artists” show from time to time (avg. once daily), and can also be played from the Featured Artists page.

The single will be released to radio and SoundCloud platforms on September 16th, and to iHeart, iTunes, Amazon, Spotify, and other international platforms on October 1st.

A video trailer and behind-the scenes compilation video will be released in the coming weeks.

It was a busy and productive year, even to the point that I couldn’t find the time to update my site as frequently as I would have liked to. And since the beginning of 2020, things have become even more hectic, with plenty of the same-old as well as some brand new ventures and projects (stay tuned).

Rather than pen a bunch of long paragraphs discussing last year, I will show you how it went…with pictures. Just hover your mouse over the pictures to see the captions. Old Woodcrest Grocery – The setting for “The Ballad of Curtis Loew”

Performing with The Music Highway Band

Chatting with the news media at Jackson State Community College 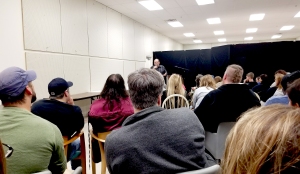 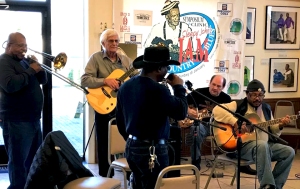 At the Bell Family get-together, 2019, in Adams, Tennessee

At Celtic Fest 2019 for signing and meet-greet

Lunch at the Bell family get-together in Adams, Tennessee. 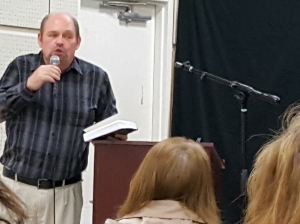 At The Great Escape – Nashville 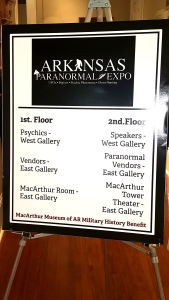 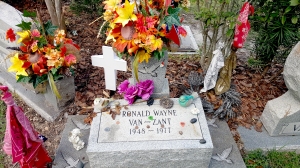 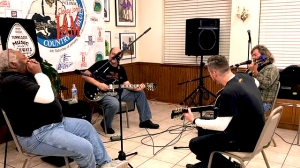 With Joe from “The Fringe” FM 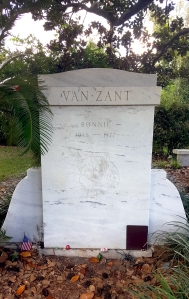 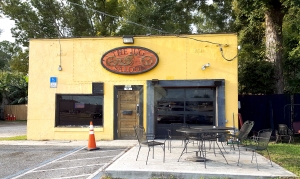 “The Jug” in Jacksonville, FL., where the “Gimme Three Steps” incident occurred.

From the Bell Family get-together 2019

With friends at Arkansas Paranormal Expo 2019 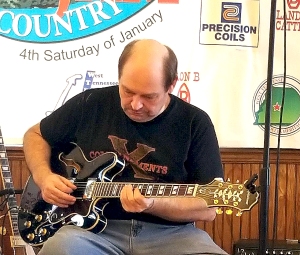 Warming up at the Sleepy John blues jam 2019

Knockin’ it out of the ballpark with blues legend, Dudley Harris

At Celtic Fest 2019. The guy on the left is also a Fitzhugh 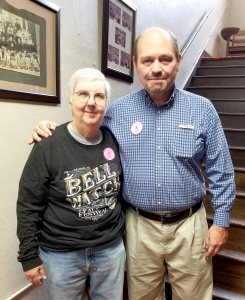 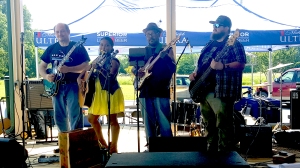 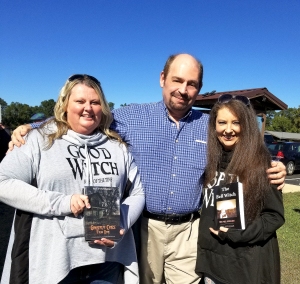 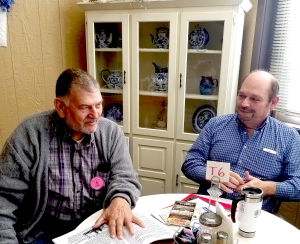 With Tim Henson at the Bell Family get-together 2019 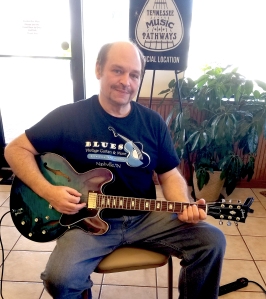 Its history, its stories, and my spending two nights there
(a long article, so grab a pot of coffee)

On the grounds of the Bell School building and city park in Adams, Tennessee, a tiny and rustic house sits quietly, paying homage to a bygone era. For over two hundred years, her now rusty nails and withered logs have stood witness to the triumphs and tragedies of those who came before us. Some even say she holds secrets; if only those logs could talk.

Known as the “Bell log cabin,” the aging two-story house is named after the John Bell family, who moved to the area in 1804 and settled nearby. The cabin and park occupy a tiny portion of what was once John and Lucy Bell’s massive farm, where their family allegedly endured a four-year reign of terror at the hands of a malevolent entity known as the “Bell Witch.”
END_OF_DOCUMENT_TOKEN_TO_BE_REPLACED 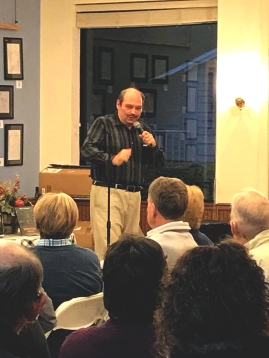 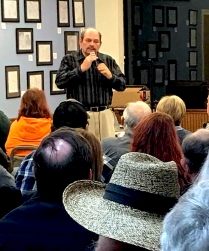 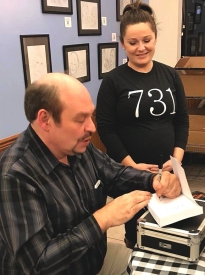 Had a great time in Brownsville, Tennessee, Friday night! The weather was right, and the 120+ who came to the BELL WITCH lecture+QA+Signing event seemed to enjoy it. Thanks so much for coming out!

It was also great catching up with old friends and ghost-hunting buddies I haven’t seen in a while (some of which drove from as far away as Mississippi and Arkansas to attend), and making some new friends as well.

A big thank you to WBBJ TV in Jackson, Keith at WNWS, the crew at Radio Brownsville, and the supportive friends who helped to spread the word!

And a VERY SPECIAL thank you to Sonia and her wonderful staff at the Delta Heritage Center for their hard work, professionalism, attention to detail, and rolling out this event with flawless execution!

Next Up: Clarksville, Tennessee